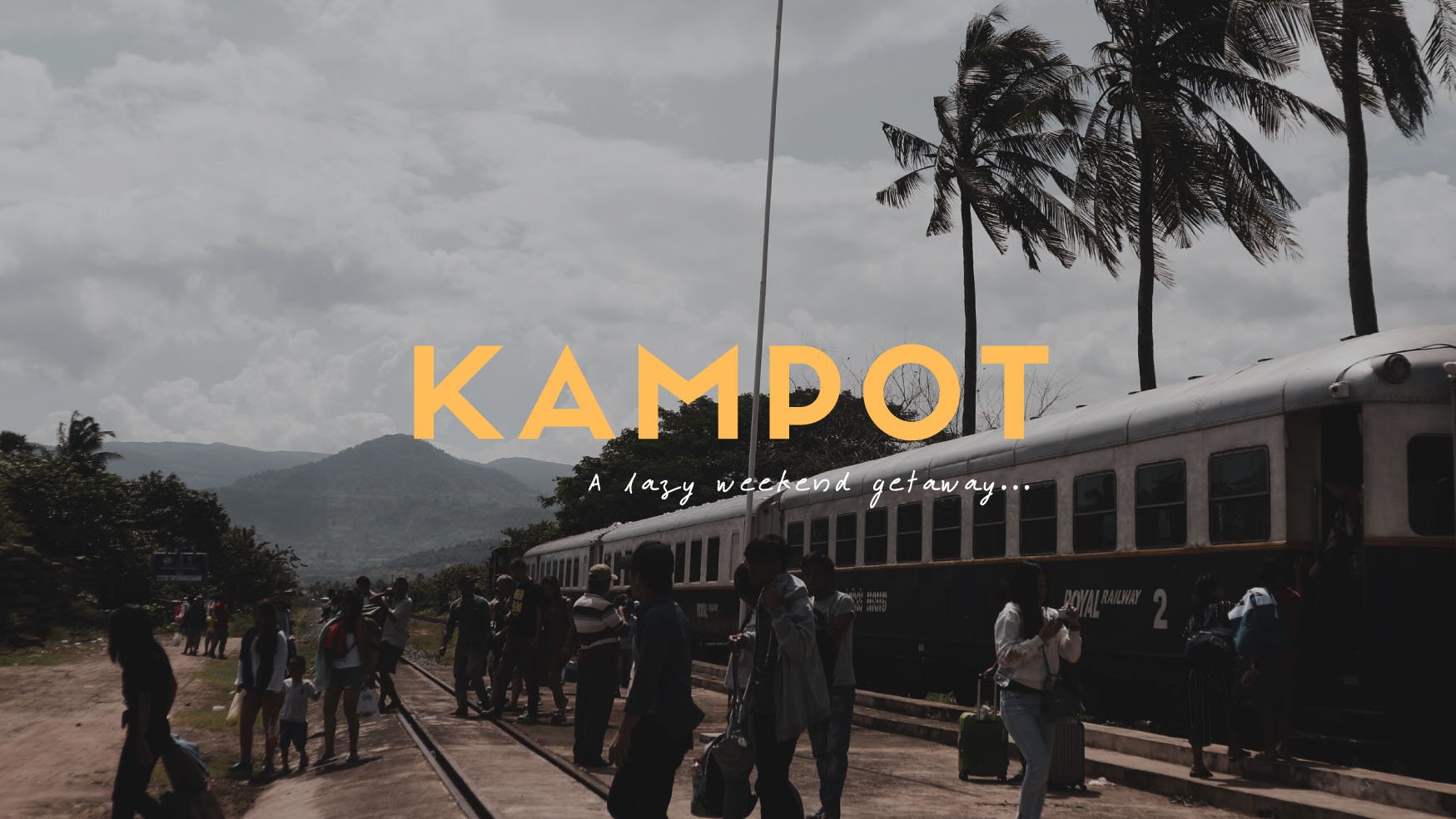 No matter how energetic you are when it comes to travelling, there will still be time when you’re lazy as hell and just want to get out of the city without any proper plan of what to do.

Having seen a lot of people going to Kampot, visiting the same places and doing the exact same activities, I kind of find Kampot boring, so I decided not to plan anything in advance and just go with the flow.

I spent 1 night and 2 days in Kampot last week and I really enjoyed the feeling of doing nothing.

Since I’ve never tried our local train before, I think it’s time I did it. 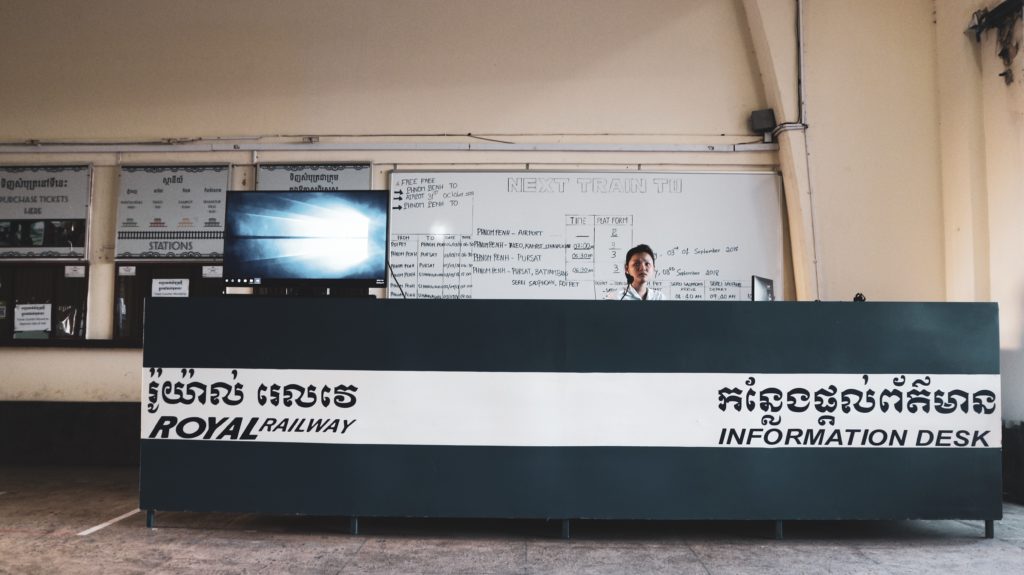 There are two types of seats on the train. 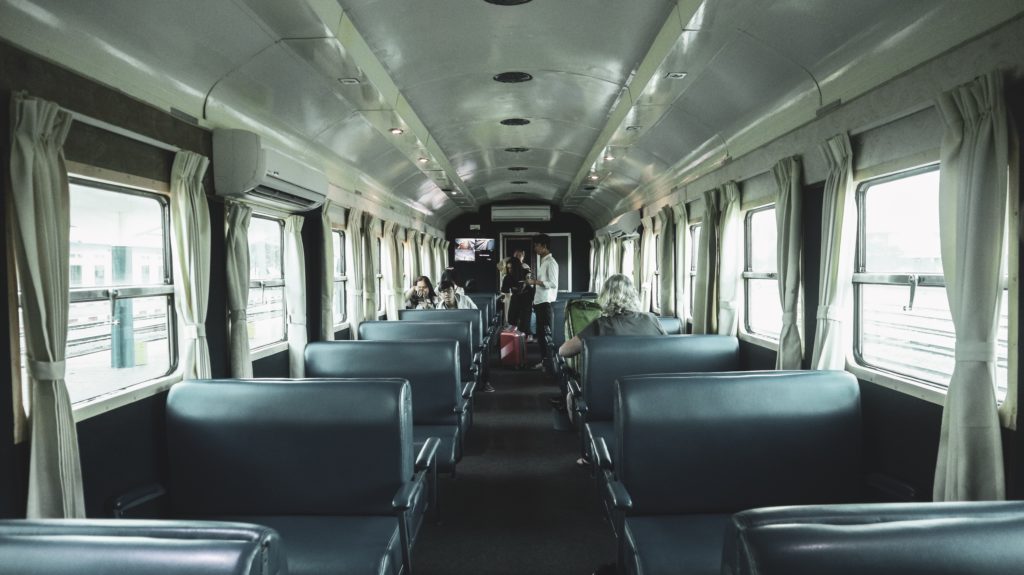 There’s a food carriage on the train, but walking from one carriage to another isn’t easy. I recommend you grab some snacks and drink at the little Restart Coffee at the train station before boarding. 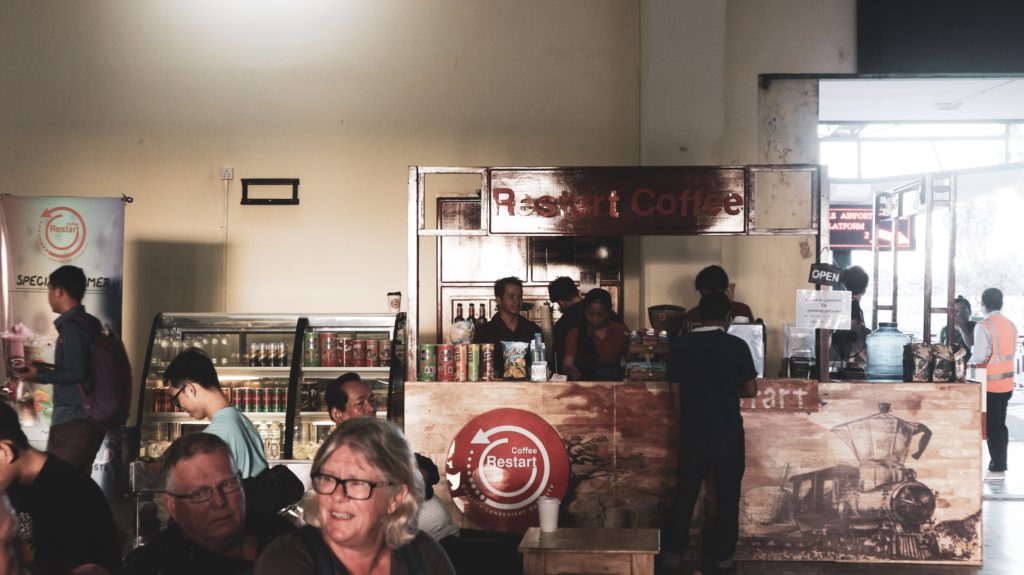 The train ticket from Phnom Penh-Kampot costs 7USD one way, and the journey usually takes around 4h30mn. 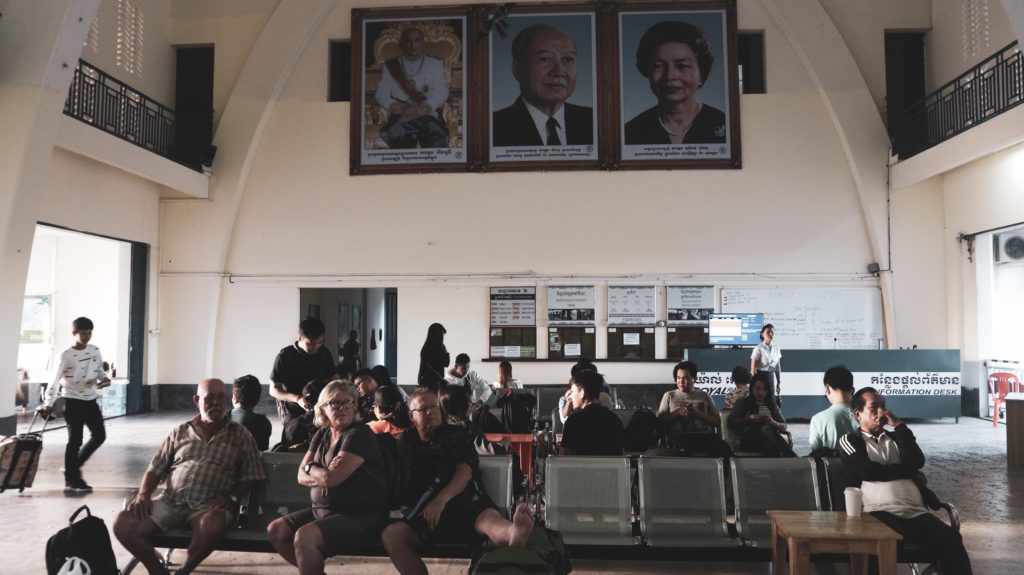 Just my luck! I spent frickin’ 7h30mn to get to Kampot from Phnom Penh because another train broke down and blocked the way for 2h. The view along the way is worthy, but it ‘s not worth the 7h-long trip. Everyone went insaaaane! 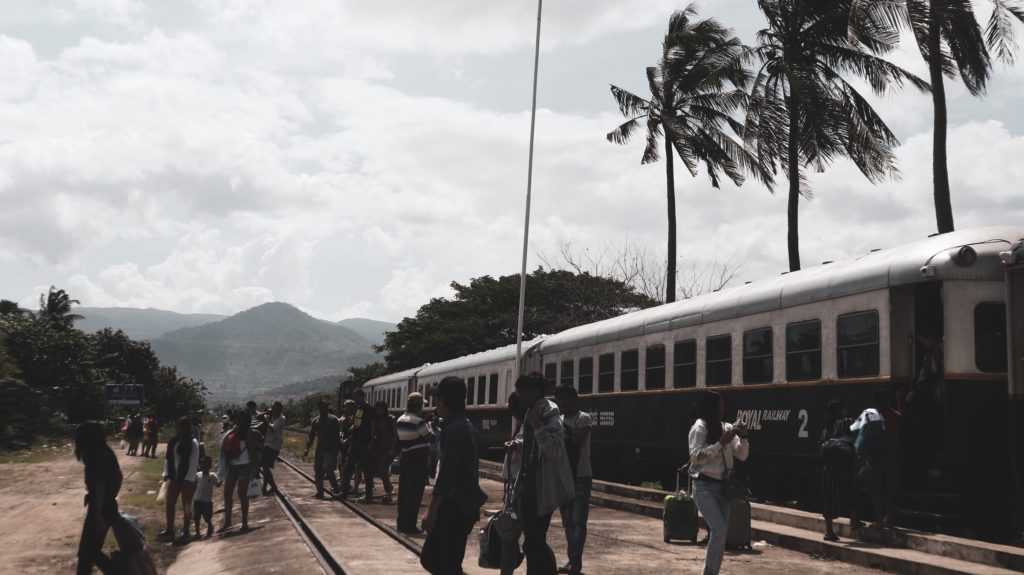 Train isn’t recommended if you have something urgent to deal with and wish to get to your destination fast.

I got to Kampot at 14:30 while I was supposed to get there at 11:30AM. I wish I had eaten something before I boarded. I almost starved myself to death.

I checked in at my hotel, Makk Hotel, and went out for some meal. I’ve searched for Where to eat in Kampot along the way, and this restaurant called Rusty Keyhole had popped up and really got me. They’ve got a really interesting signature dish and a challenge that would draw a lot of customers in. 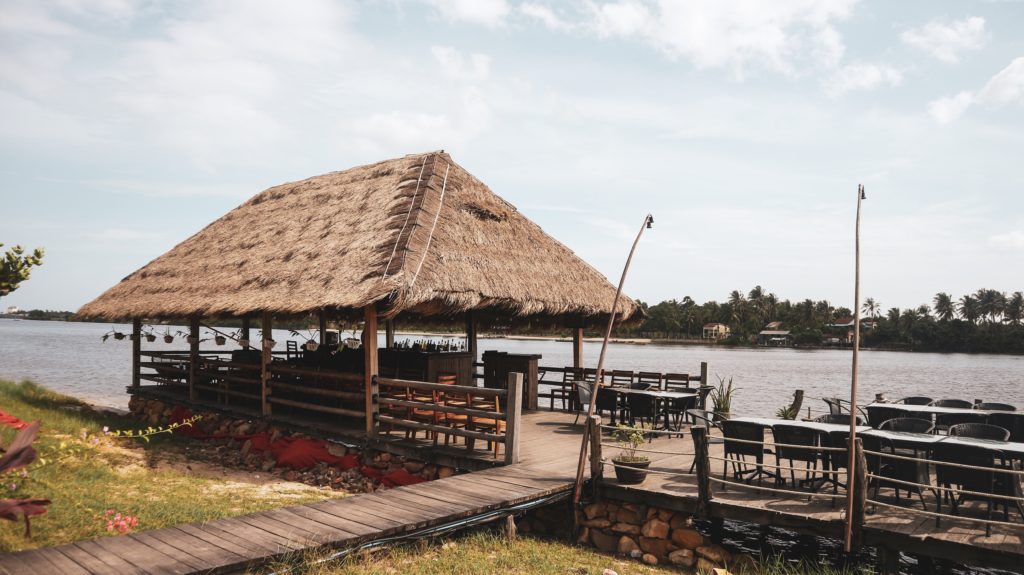 There are a few Rusty Keyhole restaurants in Kampot and Kep, but a tuk-tuk driver fooled me that it has already been closed down. I asked the receptionist at the hotel and she told the place is just across the street. 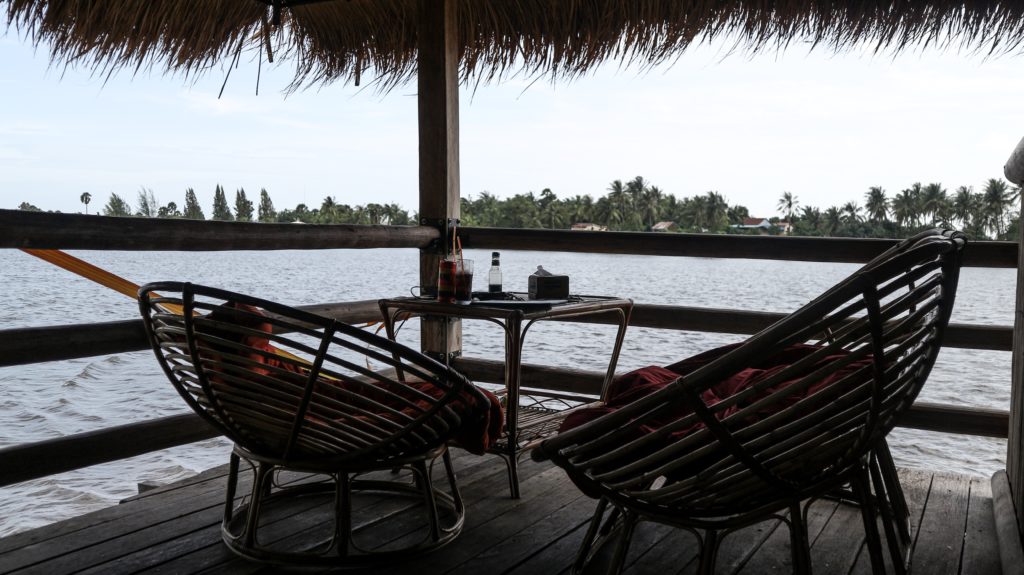 Rusty Keyhole‘s signature dish is Rusty Ribs. Their specialty Rusty Ribs have been handpicked and prepared in their famous Rusty ribs sauce, cooked to perfection on the open BBQ grill for the extra smokey flavor. All Rusty Ribs are served with coleslaw and either baked, chipped or mashed potato. 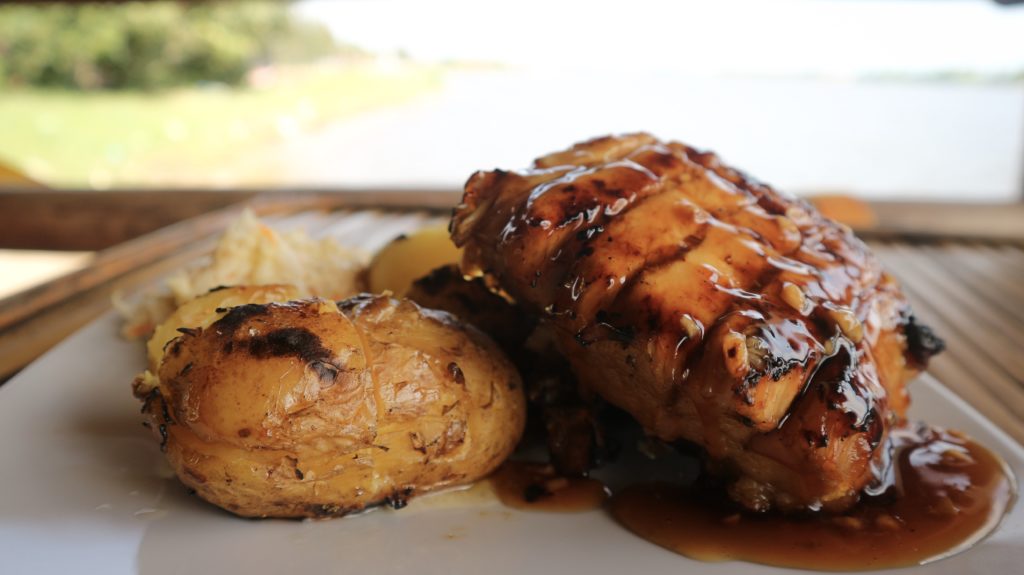 I had this full rack serving for 8.50USD and the portion is good for two shares. Imagine how much it would be for the same dish in Phnom Penh.

Rusty Keyhole has a really fun competition. If you’ve got a big stomach for food, you should try this out! There’s this challenge called Dino Ribs Challenge.  This challenge includes a dish which costs you 14.50USD (1.5kg ribs). If you can finish this bad boy within the hour, Rusty Keyhole will pay half; if not, you will gain yourself a photo on their wall of shame! 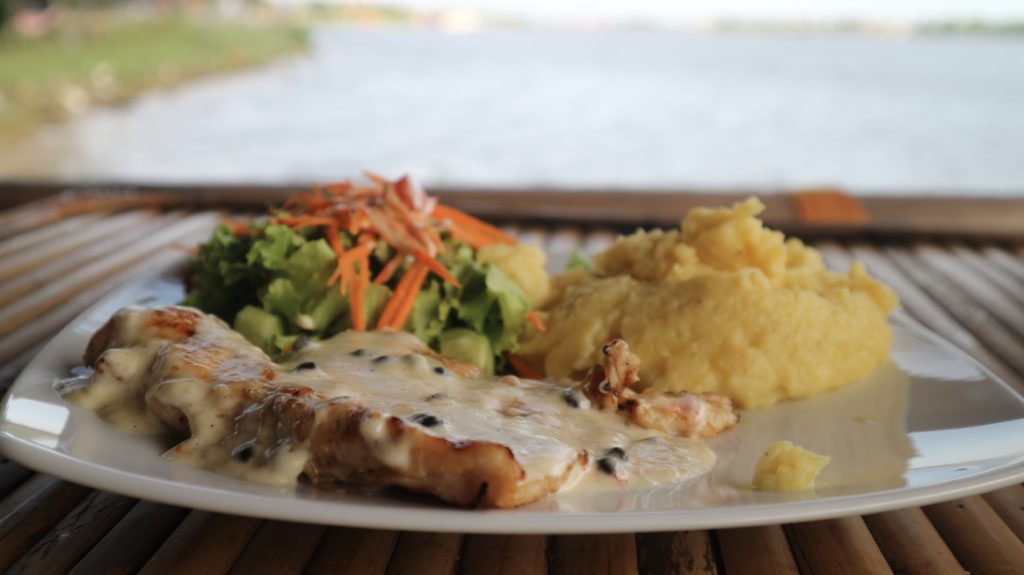 I crossed the street back to the hotel and rested for a while before I went out to eat again.

Ohhh-emmm-geee, I loooove this place. Everything about Makk Hotel is just amazing!

The hotel itself is in a really great location and the hotel staff are super helpful and friendly. They asked if I’ve already had a plan in mind of where to go when I was checking in. I said no, and they gave me a Kampot map and guided me through. They also have a free use of bicycle in which you can use to get around.

They’ve got this little surprise for you when you get into your room. Their room is really clean and neat. The bathroom comes with both a bath tub and a shower. 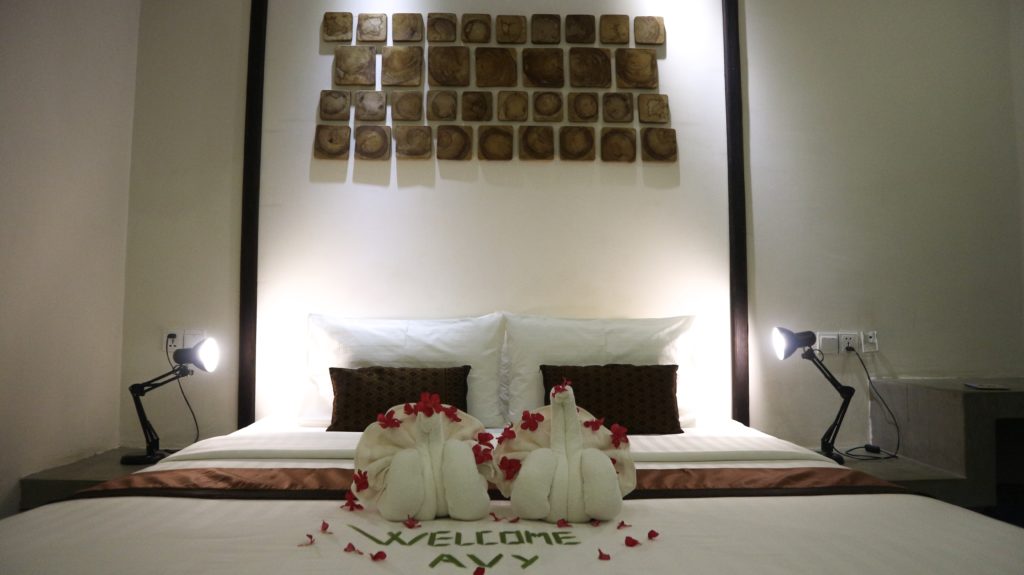 There’s also a safelock in the room. The hotel costs 32USD/night and breakfast is also included. 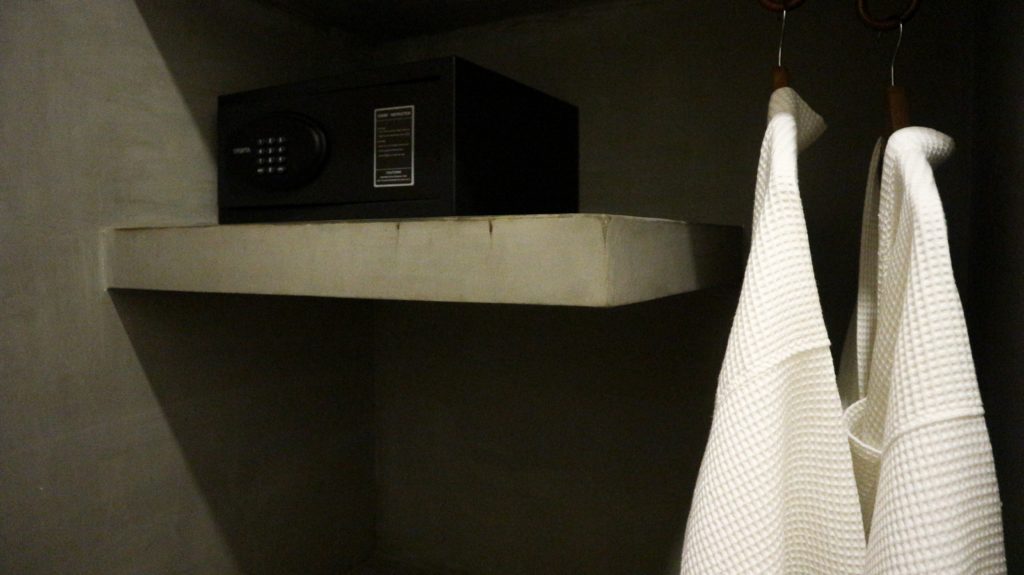 Isn’t it great that the hotel staff greet you with a big smile on their face the moment you get out of your room? Call me crazy, but I think this is the loveliest thing to see at the hotel!

There are 10 breakfast choices you can choose from; whether you want American or Asian Breakfast Set, they have it all.

The breakfast set also comes with tea/coffee and also additional drinks like apple/orange/pineapple. 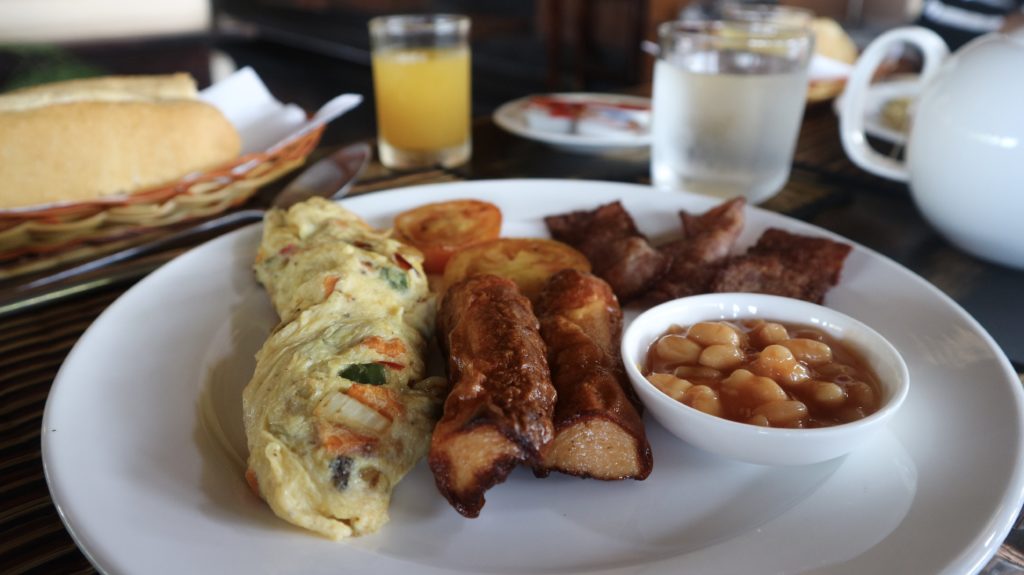 I cycled around to look for where to eat and ended up at Atelier. 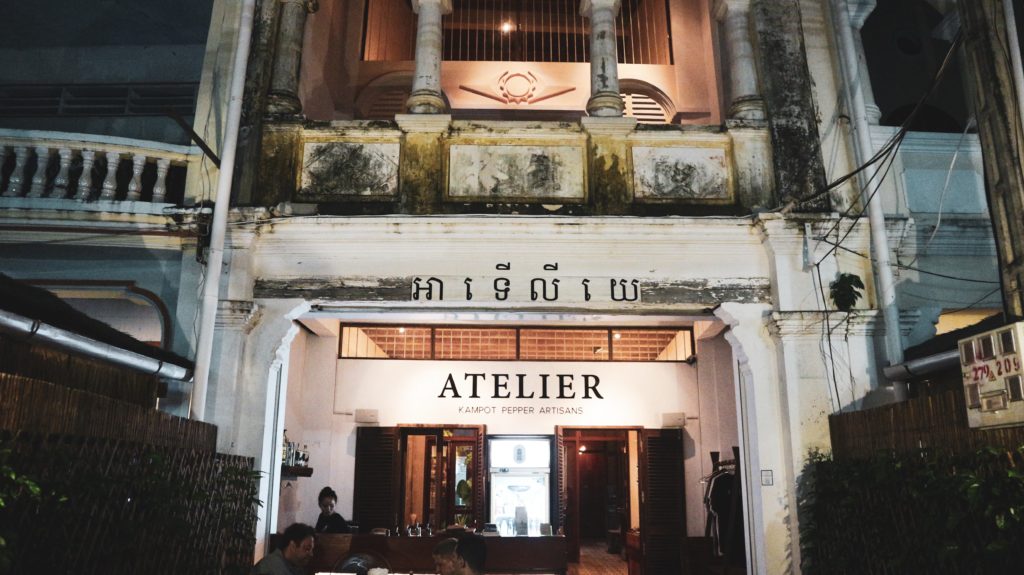 I checked the menu and ordered this plate called Mixed Platter for 8.50USD. I asked the waitress whether it is a big portion and she said it is. But it turned out to be really disappointing; small portion and average taste.

Mixed Platter isn’t recommended if you go to Atelier, but do order their signature pepper ice-cream. I thought pepper ice-cream would taste really weird but it turned out to be so tasty. The ice-cream is 1.50USD a scoop. 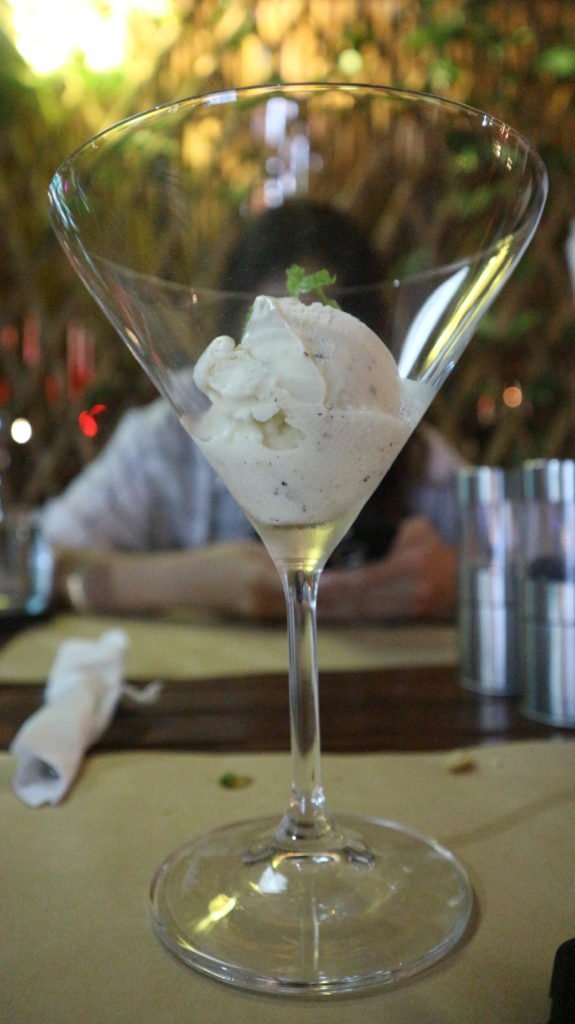 I continued my sight-seeing cycling tour around Psa Krornat; I’d call this Kampot Old Town, and Durian Monument after dinner. Many of the shops were already closed, so I decided to go back to my hotel and would walk around Psa Krornat again the next day.

Seeing all the old buildings in daytime is completely different from what I’ve seen at nighttime. 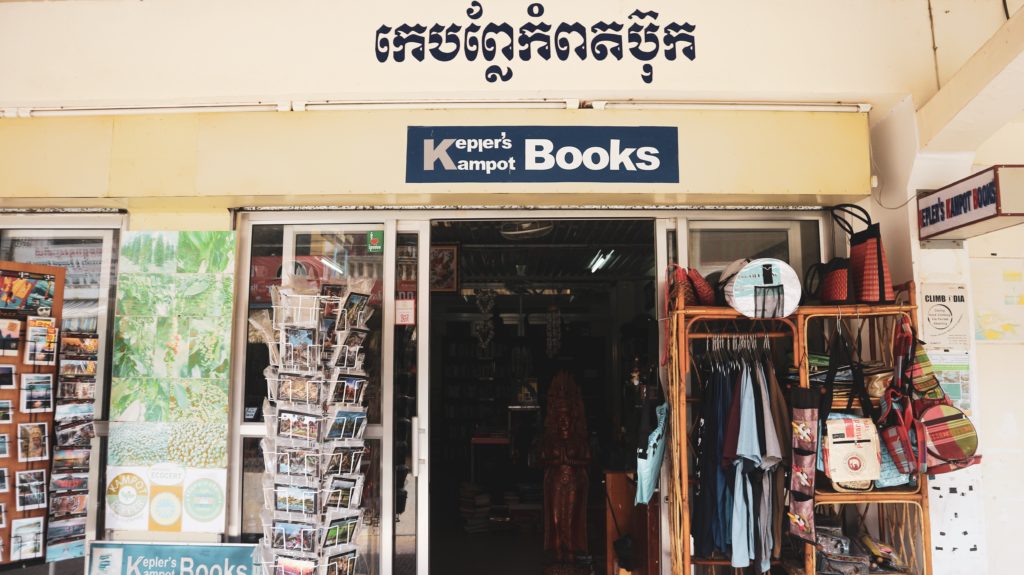 If you haven’t checked out all the old buildings in Battambong yet, you can start your old buildings-seeing from Kampot.

I didn’t get to eat at this Captain Chim’s, but I’ve heard they serve good and affordable food. 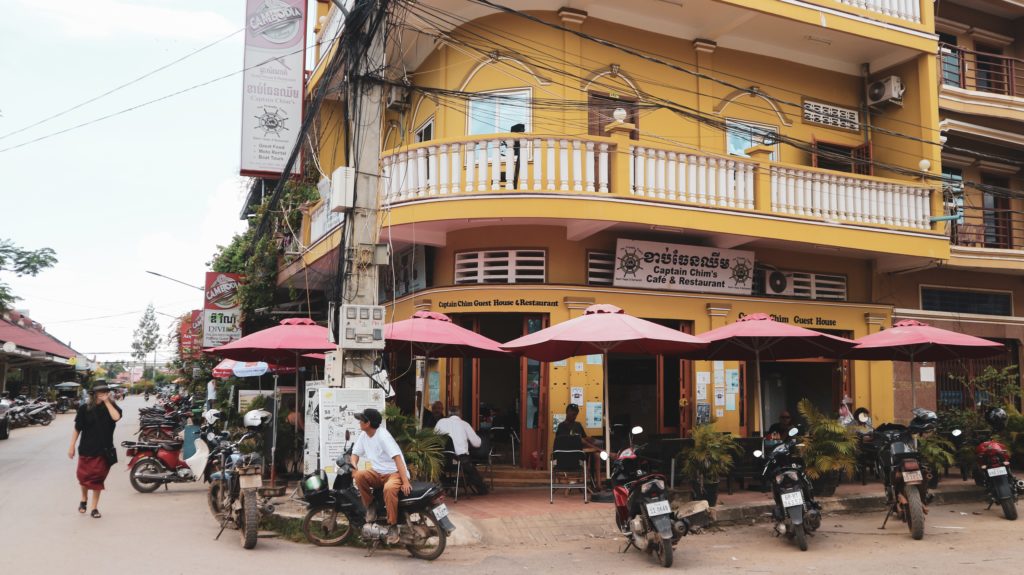 Epic Arts is the most famous cafe in Kampot. 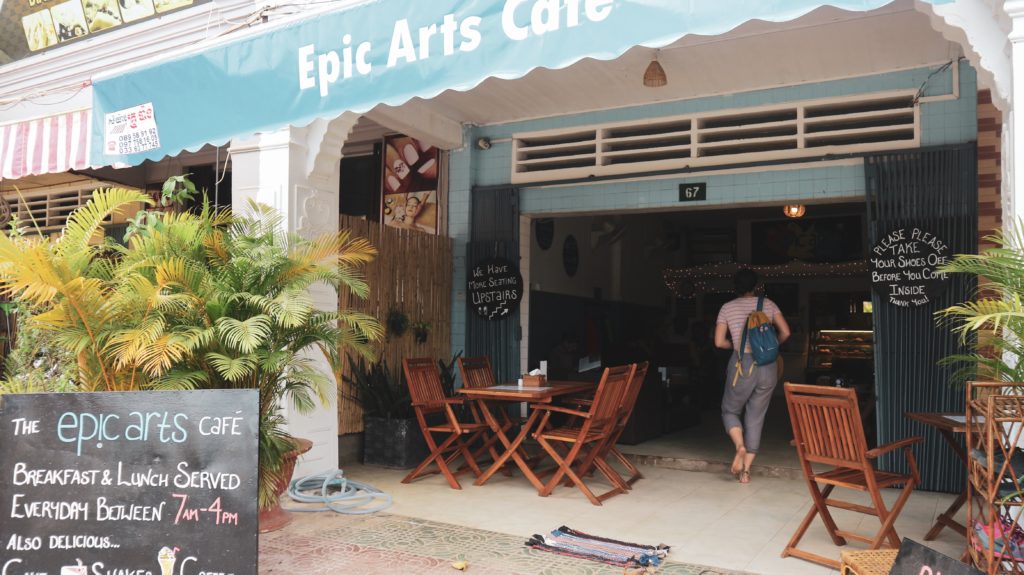 Sadly I didn’t get to eat their food because I had already had some before I went there. I only ordered coffee and brownie and I don’t really like it. Their brownie smells like cinnamon and their coffee isn’t good. 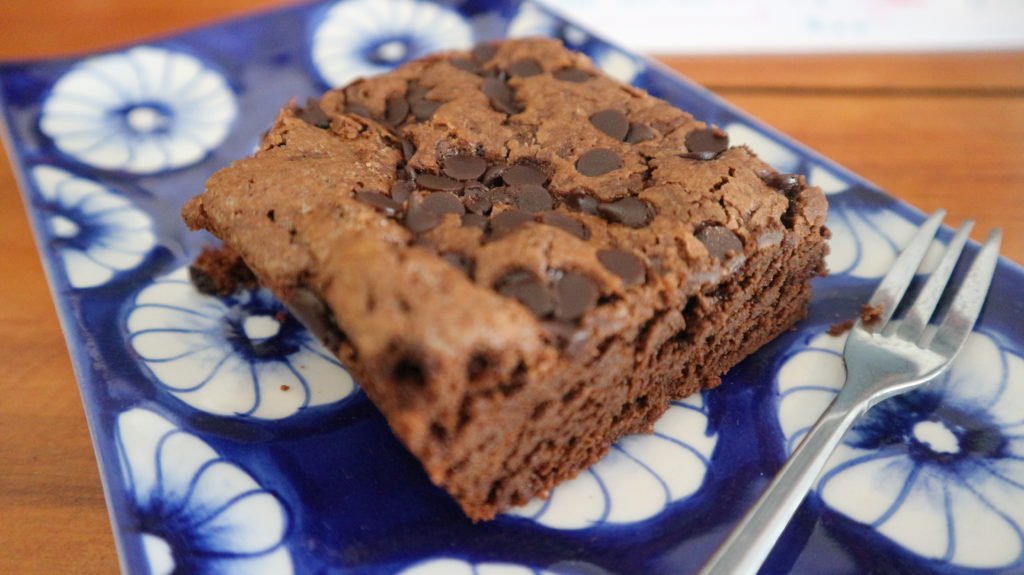 I didn’t want to catch another train back home, so I just searched and booked for a van ticket on bookmebus. It’s super convenient and you can search for buses, vans, private cars and ferries from anywhere at anytime. You can also download Bookmebus mobile apps to keep up with all the updates and promotions. 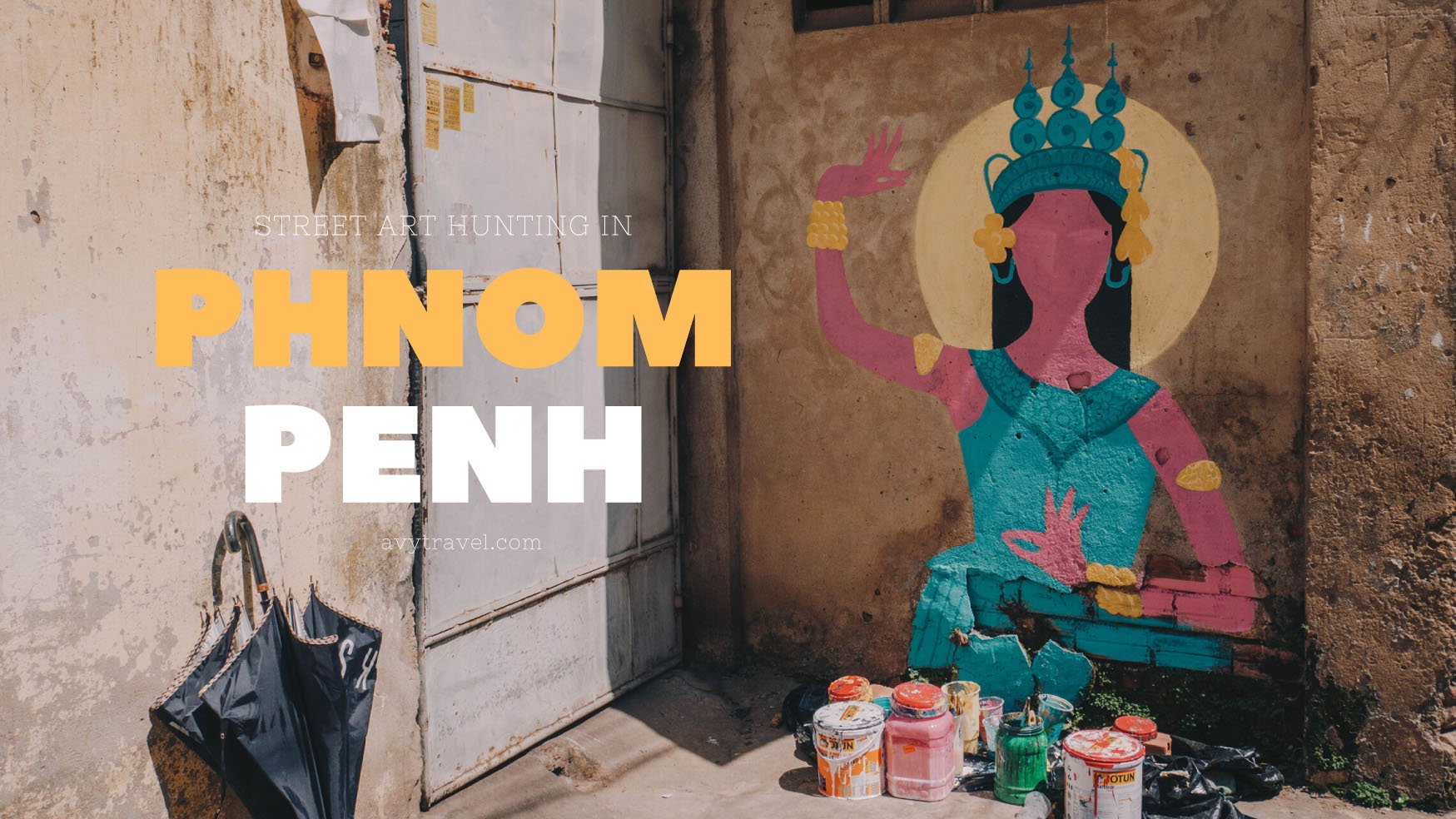 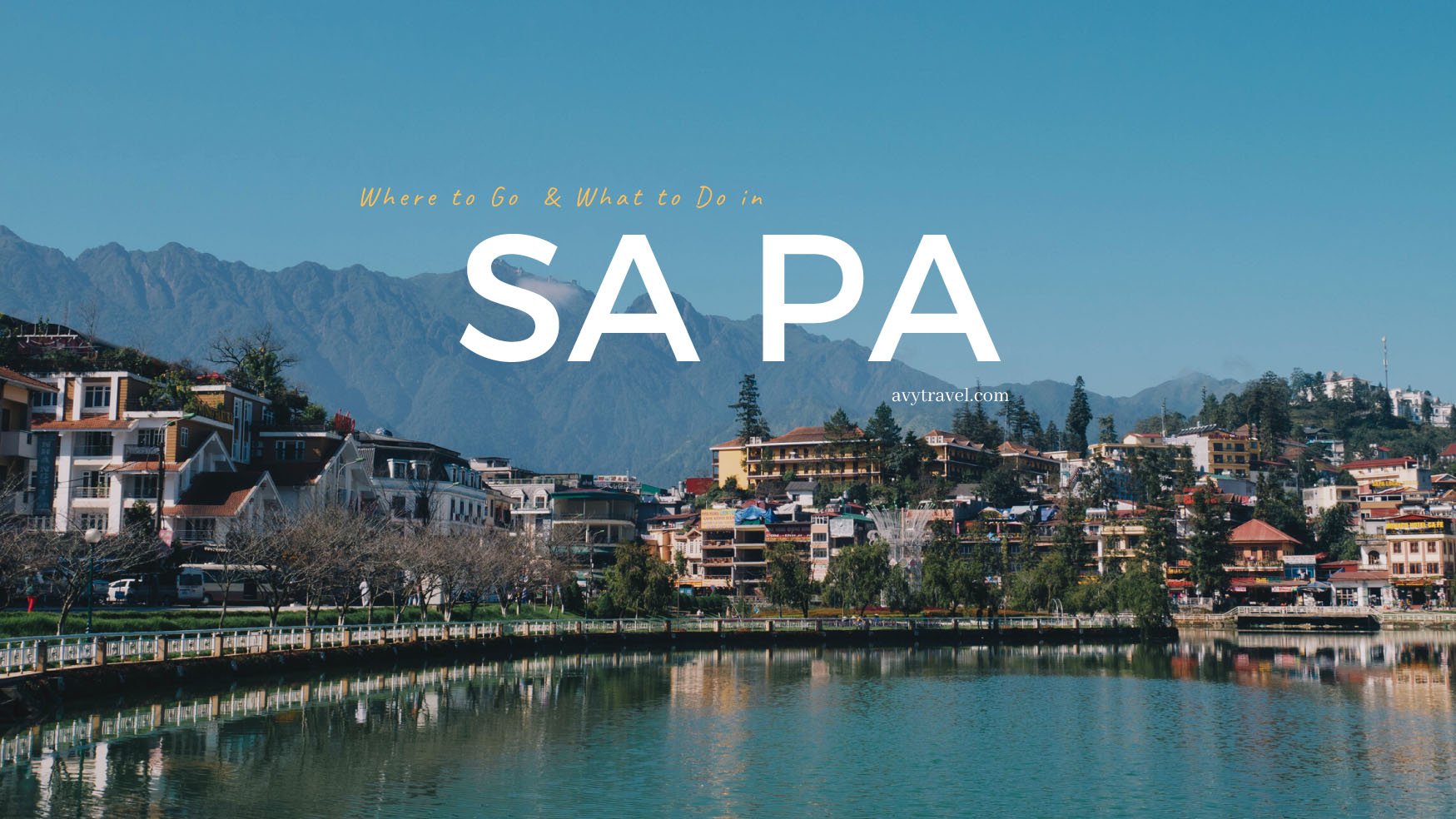 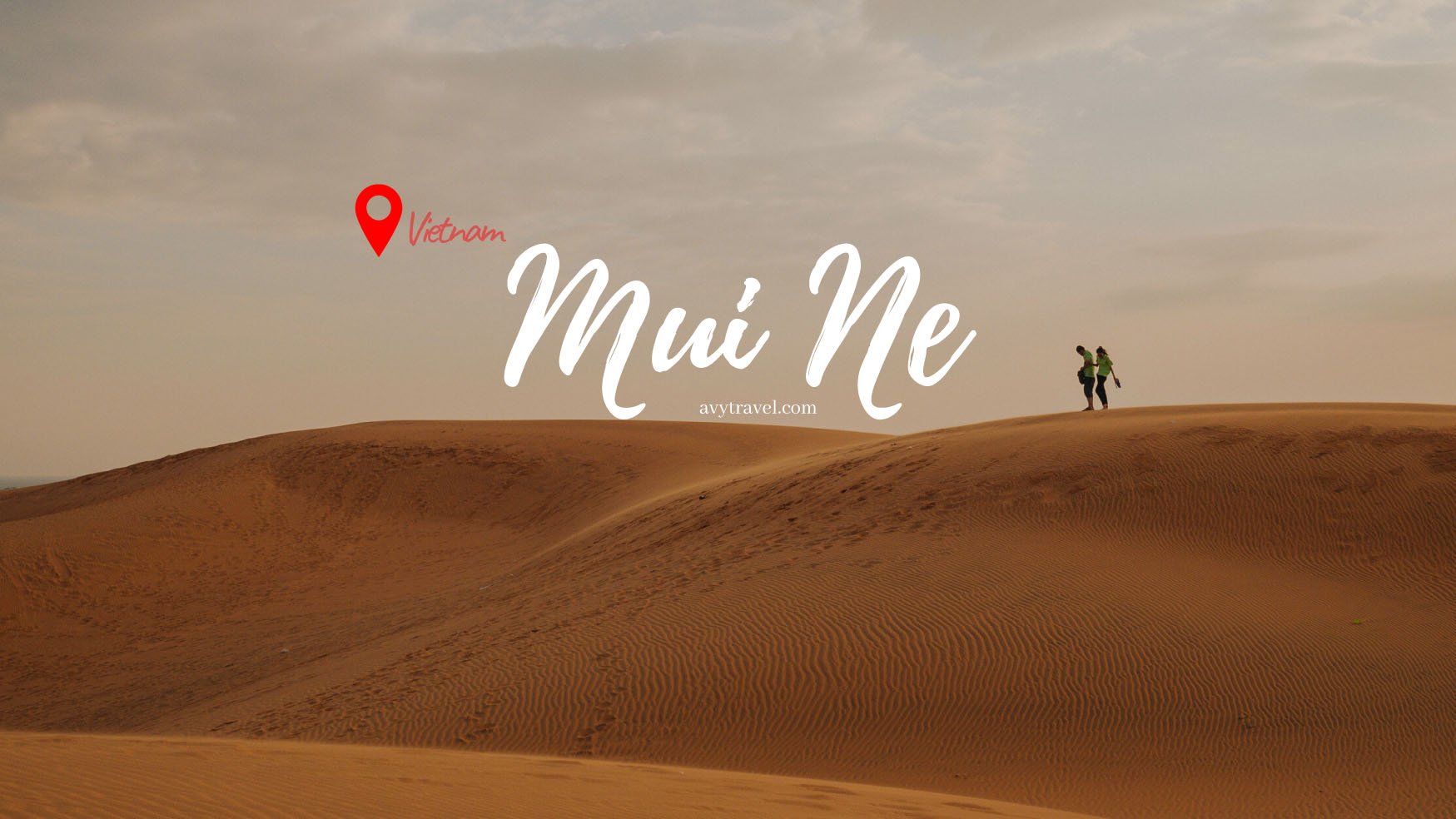 Where to Go in Mui Ne